Tokenomics: How To Determine Value In Crypto

How do you know a token’s value? Why are some tokens worth more than others? How can coins with similar functions have vastly different prices?

There are thousands of tokens listed online, from all around the world (with new ones popping up every day). There is no “ultimate coin/token” that’s best at everything either (..yet), so the best token used by one community may be worthless to another.

You need to have some kind of system in place with metrics that you can rely on to easily determine whether or not a project is worth your time and meets your specific needs.

That’s where “tokenomics” comes in.

What does “tokenomics” mean, anyways?

Tokenomics = token + economics. It’s the economics behind each token. That’s literally it.

Put simply, tokenomics is how a token brings value to the crypto space, how it maintains that value, and its incentive structure with internal/external stakeholders. It covers things like how the token is made, managed and utilized.

When you look at “economics” by itself, you normally think of “money” and things like “monetary policy” that affect how people use this money around the world. Before the dawn of the crypto space, money and these policies surrounding money were primarily centralized and controlled exclusively by governments/governing bodies. The rules were set and there was little that an individual could do to greatly change them.

All of that changed with the rise of the crypto space, though.

Crypto granted people a way to subvert the stringent rules and ties of conventional finance and economic principles. They could now use digital assets and cyber communities to create their own micro-economies that cater more toward them and their demographics.

What do you look for in tokenomics?

The whitepaper is the most important document for a crypto project. It will be the source of most of the information that you’ll need to know about them and their token.

If there is no whitepaper for the project at all, or the whitepaper doesn’t make sense, then you already have your first major red flag.

This dimension of your analysis considers how the project’s token supply is introduced to the public.

How does token creation work?

Over what time period will the supply be made public?

How much of the token supply is owned by the hands of project stakeholders?

Is the token released slowly over time, through a mining process by its users? If the latter, how many tokens does each person get for successfully mining the block?

Were the tokens pre-mined by the creators? If so, how will they be distributed? Will the creators mint all of the tokens at one time, then slowly release them over time? Or will they create enough for an ICO (initial coin offering) sale, then have more created through mining later?

Also, how decentralized is token ownership? If the majority of the tokens in circulation are in the possession of a small group of people, that group generally holds a great amount of power over the network.

Here, you look at whether the token will have an inflationary or deflationary model. Questions you should ask yourself include:

Is there a fixed supply?

Does the token have a hard cap/limit on the amount that will ever exist (i.e. there will only ever be 21M bitcoin created)? This emphasizes the token’s scarcity which is widely viewed as a value factor for cryptocurrency investors.

How does increasing demand affect the underlying value of the asset?

Will the token have an unlimited supply, where more can be added to circulation to meet a growing demand? This emphasizes the token’s utility and can cause it to have a higher value to others.

This dimension of your analysis informs you if tokens will ever be removed from circulation. “Token burn” is when tokens are “burned” (removed from the network) after a certain action occurs (i.e. during the mining process). Done properly, this can be a great way to control the token supply and can stabilize/increase a token’s value.

Here, you consider the different classifications/types of tokens to determine if the token will serve the project’s purpose best.

Does the project feature an L1 (layer 1) token with its own native blockchain?

Is it a completely new, independent project that people feel will prove itself in time (i.e. $BTC/$SOL)? Or is it a fork of an existing project aiming to change certain aspects that they feel will improve the network (i.e. ETH/BCH)?

Or, does the project feature a L2 (layer 2) token that is built on top of an existing blockchain (i.e. $MATIC/$OMG)? If so, which blockchain/platform will it be built on (i.e. ETH/ADA) and what kinds of advantages/disadvantages could that present?

What is the token’s fungibility (is each unique/rare, or does each have equal value)? If they are non-fungible (each one is unique/rare), who is the main demographic that this token is serving and what kind of value is it bringing them?

Does the project feature a utility token that is utilized for specific actions/services on the project’s blockchain? If so, knowing that holding the underlying asset yields separate utility tokens with their won incentive structures can be seen as a compounding incentive.

Conversely, a crypto project may feature as a security token that is bought solely with the intention of holding it over time for a potential gain. Of note, whether or not a cryptocurrency can be classified as a “security” is at the heart of the high profile SEC case against Ripple Labs. Some cryptocurrency investor avoid tokens that could be classified as “securities” to avoid ambiguous risk caused by a lack in legal frameworks or guidance as of Q4 2021.

Tread lightly with those, NFA.

Here, you look at how often the token will be moved around the network by its users.

If the token is meant to be utilized frequently in it’s network, a high velocity could be a good thing – showing that people on the network are actively using it.

If the token is intended to be stored long term, a low velocity could be a good thing – showing that people have faith in the network and are in for the long haul.

Here, you look at the total amount of funds that have already been invested in the token’s project so far.

This metric, along with the total supply of tokens, gives an idea of how much support there is behind a project and can be used to determine how valuable it can be down the road.

Yes, this can seem like a lot to jump into all at once.

Yes, it may take you a while to get used to the markets and all the terminology.

But the more you dive into the field, the more frequently you’ll come across these things, and the more comfortable you’ll slowly become assessing the market and making these calls for yourself.

Always remember though: these models and metrics only serve as a guide. While they can be used nowadays for determining a token’s intrinsic value (how much value the token practically brings to its market) and speculative value (how much value people anticipate the token will bring), these are not the end-all be-alls of tokenomics. Crypto is still a relatively new field with trillions of dollars already invested – things will change as the field grows and evolves.

Some of the metrics that we prioritize today could be completely irrelevant in the next five years. There could be others that we don’t even consider yet that will be the primary focus of tokenomics in ten years. There is no way to know for sure how the field will progress and what tokenomics will look like in the future..

The best course of action then, like always, is to DYOR and develop a strong knowledge base on some of these basic tokenomics principles. Once you do that, then it’s just a matter of staying active in the community and keeping up with project updates from reputable sources.

Ready to up your crypto game? Take our Digital Assets Masterclass to refine your tokenomics model or subscribe to our YouTube channel for daily crypto analysis. Ethereum’s Layer 2 solutions may have the potential to keep Ethereum in its top altcoin spot despite the panoply of newer competitors. Table of Contents How can layer 2 solutions help Ethereum? What are layer Read more… 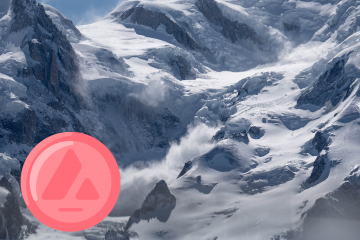 The Avalanche crypto project isn’t your typical “Ethereum killer”. First–the part most people care about. Does it PUMP? Check out the price history of the Avalanche cryptocurrency, at the heart of the efforts of the Read more…